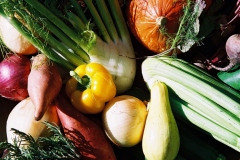 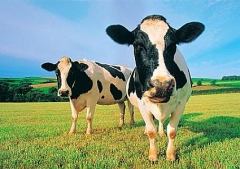 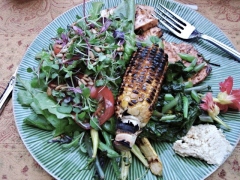 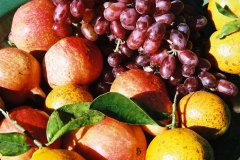 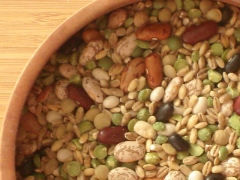 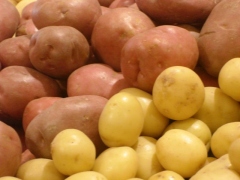 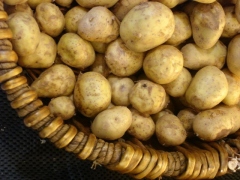 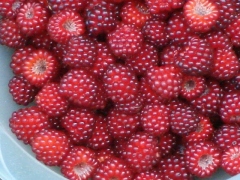 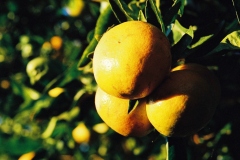 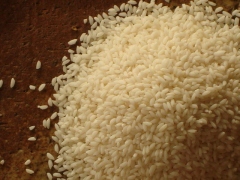 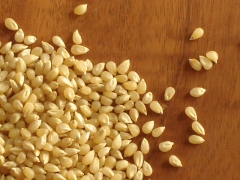 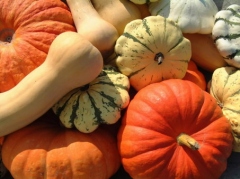 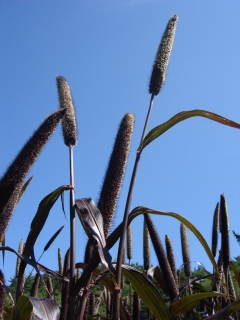 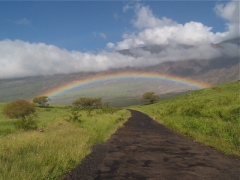 Regardless of diet, organics are a smart priority. Opting for organics is one of the most powerful choices each of us can make for personal and planetary health.

Like it or not, we find ourselves in the midst of a battle for the future of food every time we go to the market. Every dollar we spend on food has ecological, economical and social impact. In one corner, cheap, industrialized, chemical-laden, standardized varieties of food rise to epic proportion. In the other corner grow the safe, strong, responsible roots of sustainable, organic foods. It is a neck-and-neck fight. Cost and convenience versus quality and diversity. A hard-won match.

Free of harmful chemicals, boasting with more nutrition, taste, and sustainable sustenance, buying organically grown food is a direct vote for immediate health and the hopeful future of generations to come.

Eating organically grown food means you and your family can avoid the cocktail of chemical pesticides and insecticides used to grow and laden in conventional food. Example: The average conventional apple has 20-30 poisons on its skin even after washing 1.

More than 600 are registered for agricultural use in the U.S. 2, to the tune of billions of pounds annually 3. The average application equates to about 16 pounds of chemical pesticides per person every year. Many chemicals have been approved for agricultural use prior to sound testing. The National Academy of Sciences reports that 90% of the chemicals applied to food have not been tested for long-term health effects before being deemed "safe".  Further, FDA only tests 1% of food for pesticide residue 4. The most dangerous and toxic pesticides require special testing methods, which are rarely if ever employed by the FDA.

Organically grown food is safe food, free from the dangers of poisons and chemicals, which is especially important for children, who have a lower body weight than adults and developing systems and brains.

Children are more at risk for dietary exposure to pesticide residues and pesticide-related health risks, notably neurological health risks. Studies by the National Institute of Environmental Sciences have determined that food is the primary source of exposure to pesticides in children, more so than adults, and that an organic diet provides immediate and dramatic protection against pesticide exposure 5.

Organically grown foods have more nutrients, vitamins, minerals, enzymes and micronutrients than commercially grown food because the soil is managed and nourished with sustainable practice by responsible standards.

The Journal of Alternative and Complimentary Medicine conducted a review of 41 published studies comparing the nutritional value of organically grown and conventionally grown fruits, vegetables, and grains concluded that there are significantly more of several nutrients in organic crops6.  Further, the study verifies that 5 servings of organically grown vegetables (such as lettuce, spinach, carrots, potatoes and cabbage) provide an adequate allowance of Vitamin C, where the same servings of conventionally grown vegetables do not.

Try it!  Organically grown food generally tastes better because soil that is naturally fortified, nourished, and well-balanced produces healthy, strong plants and produce. This is especially true with heirloom varieties, which are cultivated for taste over appearance. There is speculation that one reason organic food has more flavor is because organic growing methods do not employ nitrogen fertilizers that cause plants to uptake more water, which results in larger yields by weight, but less concentration of flavor and nutrients.

4.  THE ONLY WAY TO AVOID GMO & Genetically Engineered food

GE (Genetically Engineered) food and GMO (Genetically Modified Organisms) are contaminating our food supply at an alarming rate with repercussions beyond understanding.  GMO foods do not have to be labeled in America.  Organically grown food cannot be genetically modified in any way and eating organic food is the only way to avoid foods that have been genetically engineered.

A few examples of Genetically Engineered and GMO foods are:

Conventional meat and dairy are the highest risk foods for contamination of harmful substances. More than 90 percent of the pesticides Americans consume are found in the fat and tissue of meat and dairy products 7.

The EPA reports that a majority of pesticide intake comes from meat, poultry, fish, eggs and dairy products because these foods are all high on the "food chain".  For instance a large fish that eats a smaller fish that eats even smaller fish accumulates all of the toxins of the chain, especially in fatty tissue. Cows, chickens and pigs are fed animal parts, by-product, fish-meal, and grains that are heavily and collectively laden with toxins and chemicals. Low-fat dairy and lean animal products contain a lower concentration of pesticides, as toxins and chemicals are accumulated and concentrated in fatty tissue.

Antibiotics, drugs, and growth hormones are directly passed into meat and dairy products. Tens of millions of pounds of antibiotics are used in animal feed every year 8. The Union of Concerned Scientists estimates that roughly 70 percent of antibiotics produced in the U.S. are fed to animals for nontherapeutic purposes 9. U.S. Farmers have been giving sex hormones and growth hormones to cattle to artificially increase the amount of milk and meat the cattle produce without requiring extra feed. The hormones fed to cows cannot be broken down, even at high temperatures. Therefore, they remain in complete form and pass directly into the consumer when meat or milk containing hormones is eaten. Hormone supplementation is the biggest concern with beef, diary, and farmed fish. In the United States the jury is still out. However, Europe's scientific community agrees that there is not acceptably safe level for daily intake of any of the hormones currently used in the U.S. and has subsequently banned all growth hormones 10, 11. The major concerns for U.S. consumers include the early onset of puberty, growth tumors, heightened cancer risks, and genetic problems 12, 13. Growth hormones in milk (rBGH and rBST) are genetically modified and have been directly linked to cancer, especially in women 14.

Many scientists and experts warn that the rampant use of antibiotics in animal feed, like penicillin and tetracycline, will breed an epidemic that medicine has no defense against 15. Karim Ahmed, PhD, a senior scientist at the Natural Resources Defense Council (NRDC) states that is "is perhaps one of the most serious public health problems the country faces. We're talking about rendering many of the most important antibiotics ineffective." Antibiotic-resistant strains of viruses such as Avian Flu and Swine  Flu (H1N1) may be evidence of this prediction 16, 17.

Organic farming supports eco-sustenance, farming in harmony with nature.  Preservation of soil and crop rotation keeps farmland healthy and abstinence from chemicals preserves the ecosystem. The rampant use of pesticides causes damage to the fragile and complex ecosystems of beneficial insects, microorganisms, and wildlife, which in turn results in soil infertility, susceptibility to pests and disease. It is a vicious cycle that can be healed with organic farming methods so that wildlife, insects, frogs, birds, and soil organisms are able to play their role in the tapestry of ecology.

7. REDUCE POLLUTION and Protect Our Water and Soil.

Agricultural chemicals, pesticides, and fertilizers are contaminating our environment, poisoning our precious water supplies, and destroying the value of fertile farmland.  Certified organic standards do not permit the use of toxic chemicals in farming and require responsible management of healthy soil and bio-diversity.

According to Cornell entomologist David Pimentel, it is estimated that only 0.1 percent of applied pesticide reach the target pests. The bulk of pesticides (99.9 percent) are left to impact the environment 18.

The rampant loss of species occurring today is a major environmental concern around the globe. It is estimated that 75 percent of the genetic diversity of agricultural crops has been lost in the last century 19.  Monocropping, leaning heavily on one or two varieties of a given food, is a formula for disaster. For instance, consider that only a handful of varieties of potatoes dominate the current marketplace, whereas thousands of varieties once existed (20). Now, dig back to recent history's potato famine in Ireland, where a blight knocked out the whole crop, which consisted of just a few varieties, and millions of people died of starvation. Today, most industrial farms also grow just one crop rather than an array of crops on one piece of land.  Ignorance is bliss? Or, amnesia is disastrous?

Crop rotation is a simple and effective technique used in organic agriculture to reduce the need for pesticide and improve soil fertility naturally.

Most conventional food is also extremely hybridized to produce large, attractive specimens, rather than a mix of indigenous varietals, which are tolerant to regional conditions such as droughts and pests. Many organic farms grow an assorted range of food taking natural elements and time-tested tradition into account. Diversity is critical to survival.

Buying organic food is an investment in a cost-effective future. Commercial and conventional farming is heavily subsidized with tax dollars in America.

A study at Cornell University investigated the cost of a head of commercial iceberg lettuce, typically purchased at ¢49 a head, to be more than $3.00 a head, when hidden costs were revealed (at the taxpayers expense).  The study factored in the hidden cost of: federal subsidies, pesticide regulation and testing, and hazardous waste and clean up.  American tax dollars subsidize an $8 billion farm bill every year. Peeling back another layer that is relatively impossible to take inventory of cannot account for the price tag of other detrimental, associated costs like health problems, environmental damage and the loss and extinction of wildlife and ecology.

10. KEEP OUR CHILDREN AND FUTURE SAFE

Putting money where our mouths are is a powerful position to take in the trillion+ dollar food industry market in America. Spending dollars in the organic sector is a direct vote for a sustainable future for the many generations to come.

REALITY: Pesticides are not working

The National Academy of Sciences released the results of a 5-year study on farming methods in a report called "Alternative Agriculture" concluding that the use of chemical pesticides does not make farmland more productive.

The study reported that crops treated with little to no chemicals were just as productive, and often more productive, than those dosed with chemical pesticides.  Further conclusion concurred that natural, sustainable methods of pest control were just as effective, if not more effective as chemical control.  The Academy stated that chemical agriculture is clearly a failing system of production.  Strong recommendations have been made to federal and private farm programs to apply natural, sustainable farming techniques in favor of chemical farming.

REALITY: Organic methods are as, if not more, efficient, economical, and financially competitive as conventional methods.

According to a report that documents 15 years of research by Rodale Institute's long-term Farming Systems Trial, organic farming proves to be economically sound, ergonomic, and better for the soil and environment. The experiment compared highly productive, intensive corn and soybean crops using both conventional and organic management. The study proved that after a transitional period of about 4 years, crops grown using organic methods yielded as well as, and often better than, those grown conventionally 21.

(2) National Center for Food and Agricultural Policy, Library of Pesticide Use. http://CIPM.NCSU.edu.

(15) Union of Concerned Scientists, "Hogging It!: Estimates of Antimicrobial Abuse in Livestock (2001)," www.ucsusa.org/food_and_agriculture/science_and_impacts/impacts_industrial_agriculture/hogging-it-estimates-of.html

(18) National Resources Defense Council, "Trouble on the Farm: Growing Up with Pesticides in Agricultural Communities," cited in "Environmental and Economic Cost of Pesticide Use," BioScience 24 (1998): 750-59.

(19) Diouf, J., director of Food and Agricultural Organization of the United Nations, "Speech at Howard University of Law," October 19, 2004.