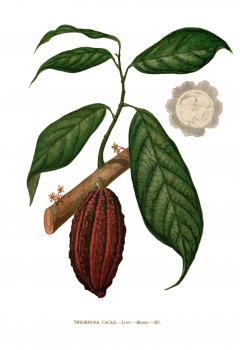 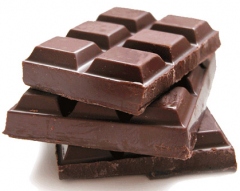 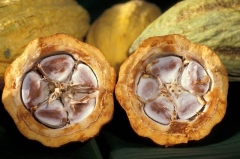 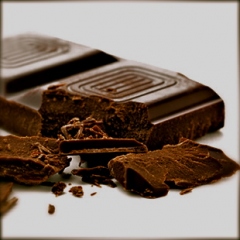 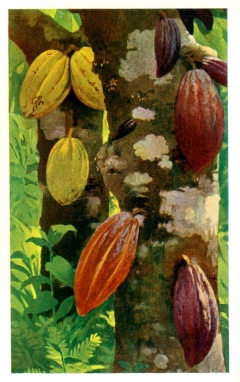 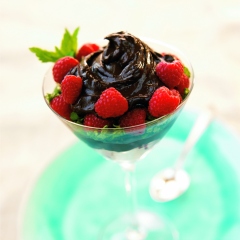 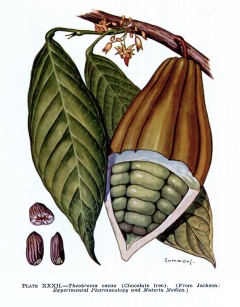 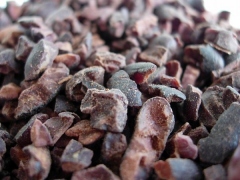 CHOCOLATE: FOOD OF THE GODS

Sensuous and emotive, chocolate has long been considered a food of the Gods with a scandalous history to boot. Few people will argue that chocolate induces love and euphoria. Undoubtedly, chocolate has an assortment of sought-after nutrients, minerals, and feel-good compounds. Some say chocolate is one of the true aphrodisiac and a natural anti-depressant.  For skeptical doubts at large, I beg to differ, with a good deal of history, science, and experience on my side.

With more than 300 naturally occurring compounds in pure chocolate, it is easy to explain the pleasurable effects of this euphoric indulgence as well as its claims as a healthful decadence. A few noteworthy constituents:

Antioxidants present in chocolate are regarded with healthy respect to keep the body youthful and beautiful as well as building a healthy heart. In plants, antioxidants are designed as protective agents to improve reproductive success; we humans just ride on those coattails. Antioxidants found in chocolate join the family of compounds prized in high levels found in green and black tea, coffee, wine, and blueberries! (Could be an interesting dessert).

Though cocoa butter does contain naturally saturated fat, chocolate can be considered good for your heart. In chocolate, the presence of a group of antioxidant compounds called phenolics protects blood vessels and promotes a healthy heart by preventing fatty substances in the bloodstream from oxidizing and clogging arteries. The bitter taste of pure chocolate is in part due to the attendance of this fantastic family.

Theobromine is a mild stimulant in the same family as caffeine, though has a much different effect on the body than caffeine. It is a gentle, long-lasting stimulant celebrated for its mood improving effects, directly attributing to the "lift" chocolate induces. Caffeine is a stronger, better-known stimulant also present in chocolate, though only in small amounts. One ounce of pure chocolate contains about as much caffeine as 3 ounces of black tea. Though caffeine has its downsides, it does improve circulation and makes the brain feel fit as a fiddle.

Phenylethamine is a potent stimulant with a natural presence in chocolate. This compound is related to amphetamines and increases neurotransmitters (brain chemicals) that control our ability to think clearly, pay attention, and stay alert.  I am tickled to think eating chocolate makes us smarter.

Anandamine is a chemical produced by our brain (as a neurotransmitter) AND is sitting pretty naturally in pure chocolate. This little chemical sparked a flurry of investigation at Harvard where researchers decisively agreed that this compound is a significant part of the good feeling chocolate munching provides. Interestingly enough, anandamine, which is typically broken down quickly after it is produced in the brain, might have a longer shelf-life from indulging in chocolate due other compounds it is coupled with in chocolate that inhibit its breakdown. Hence, we feel good longer after eating good chocolate.

Eating chocolate naturally releases seratonin in the brain, which induces feeling of pleasure similar to sunlight. Seratonin has stirred up interest in relationship to the biochemistry of depression with direct links to sexuality and appetite, ooh-la-la! MAO inhibitors beneficially block certain enzyme activities to allow seratonin and other good brain juice to circulate longer, as well as naturally diminish a ravenous appetite.

THE HISTORY AND BOTANY OF DESIRE

Chocolate comes from the tropical cacao tree called Theobroma cacao, which literally translates as "food of the gods".  Cacao beans are found nestled in the tender pith of cocoa pods (fruits), that grow directly from the trunk of its tree like exotic, elongated melons. Each fruit contains 20-50 purple-brown cacao seeds, which takes about 6 months to ripen and must be carefully harvested by hand. Native to Central and South America, cacao is grown everywhere around the equator of the globe including the Caribbean, Africa, Southeast Asia, the South Pacific, and even Hawaii.

Cacao beans and chocolate spread with Colonialism. Chocolate was long revered as a sacred treasure in the ancient Americas. Reigning Emperor Montezuma was a most famous, passionate devotee, reputed to drink 50 goblets of chocolate elixir every day. When Cortez brought chocolate back to Spain in 1528 from his expeditions in the New World, it was hidden in monasteries for nearly a century and enjoyed only by nobility. Even then, it was slow to catch on until the hot chili pepper of traditionally prepared chocolate was replaced by sugar. This was major. Newly sweetened chocolate percolated in popularity, though remained a luxurious indulgence for the upper snuff of Europe. It was not until the more egalitarian nature of the English made chocolate a rarefied craze for a mass audience in the first Chocolate Houses in London in 1657. Come one, come all!

Like wine grapes and coffee, cocoa beans are blended and fermented. The beans are then dried and roasted to specific temperatures to elicit their euphoric aroma and flavor before being cracked open for their nib or heart. Processing chocolate requires the skillful craft of an artisan. Fine chocolate is slowly roasted to perfection with a low, steady heat. Like fine wine and good coffee, there is a significant difference between the really good stuff and the mediocre rabble.

Properly roasted nibs are finely ground into what is called chocolate liquor (non-alcoholic), a viscous liquid of cocoa butter and cocoa solids. Chocolate in its most familiar form is made by first separating the cocoa butter (oil) from the cocoa solids then reintroducing them again in a process called conching, which makes or breaks the sensuous texture and complex flavor of fine chocolate. Higher-quality chocolate is conched for longer, then tempered (carefully cooled) for a lustrous shine, snap and smooth texture. Oh, tease me!

Invented by a Dutch chocolatier, Dutch process cocoa is treated with alkalai (like sodium or potassium carborbonate) to neutralize the harsh acidic compounds found in cocoa beans. Dutch process cocoa has a very dark color, sometimes with a reddish cast, and a more mild taste. It is prized for baking as it will rise more easily, where other cocoa powder used for baking will require more leavening such as baking soda (sodium bicarbonate), which is also an alkali.

These are the pure, real deal. Unadulterated, unprocessed, 100% chocolate. Cacao beans generally have their skin on them, which is laborious to peel off. Cacao Nibs are peeled, slightly crushed, and oh-so-convenient. Cacao beans and cacao nibs are available raw, but my humble mouth agrees, the lightly toasted varieties (such as Scharffenberger's Cacao Nibs) have much more complex, subtle flavors and are the cat's meow!

This is pure chocolate that has been processed by conching and tempering (see Divine Process above to review what that means) and is generaly sold in bars and squares. On average it contains 45% cocoa solids and 55% cocoa butter.

Bittersweet chocolate is also called Semi-sweet chocolate and contains at least 35% chocolate liquor and up to 50% cocoa butter, sugar and lecithin. It is typically sold in bars and the sweetness varies with different makers.

Chocolate is happiest stored in a cool, dry place between 59-63?F (15-17?C). Chocolate infamously absorbs other flavors and should be wrapped or sealed tightly (to avoid say, a garlic-infused chocolate flavor...mmm!). Stored properly, most chocolate will last for more than a year, the darker and more pure the chocolate, the longer it will keep. Poor storage can result in the surface of the chocolate blooming with a cloudy grey. This is actually the results of the crystals of cocoa butter melting and migrating to the surface of the chocolate, which will not affect the taste much, but can impair the smooth texture of fine chocolate.

Chocolate can be wrapped or sealed tightly and kept in the fridge during hot months or frozen for long-term storage. If you do choose cold storage, allow the chocolate to come to room temperature before eating to let the flavors and aroma emerge.