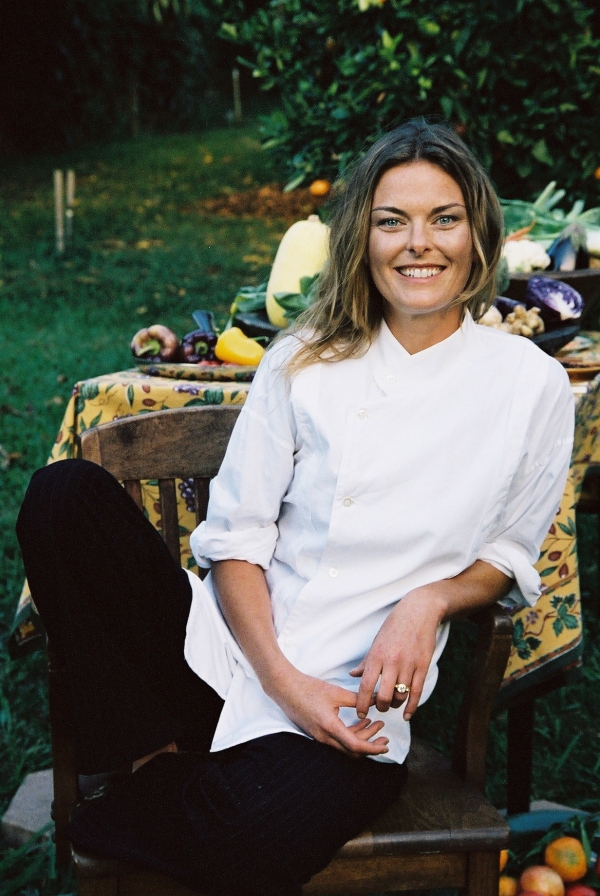 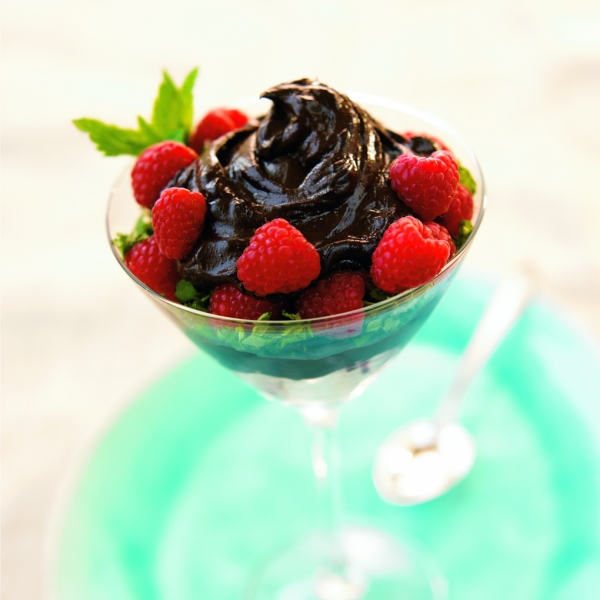 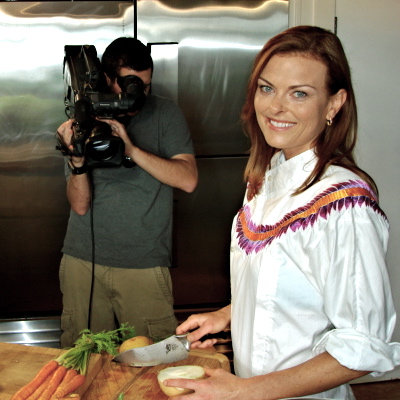 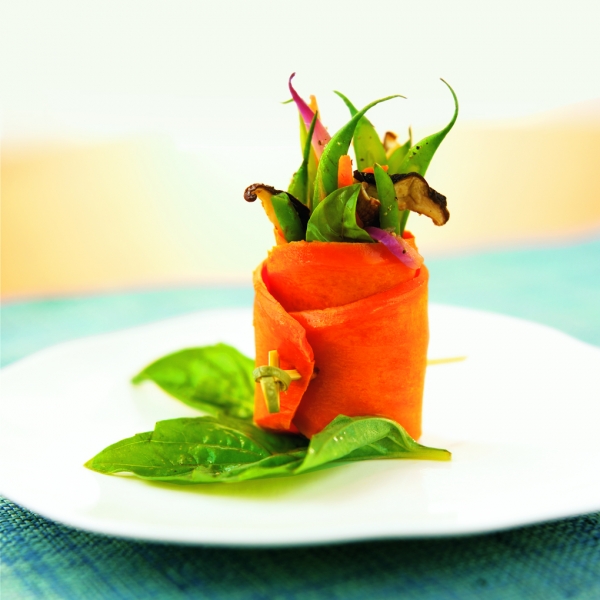 Move over, Martha Stewart - at least shuffle a few steps to the side of the stage. There's an up-and-coming authority on food and the home and she's prettier, younger, a vegan and ecologically minded, to boot.

Renée Loux also lives on Maui and she'll be one of the key speakers along with Dr. Andrew Weil at LifeFest Kapalua health and wellness weekend Sept. 8 to 10 at the Ritz-Carlton Kapalua Resort.

She's the blue-eyed Queen of Green, whom some call the "Martha Stewart of Green," and everyone from young mothers who worry about household chemicals around their children to those who wish to learn more about eating healthfully will want to hear her speak.

Much of what she'll have to say is based on her soon-to-be-released book, "The Balanced Plate: The Essential Elements of Whole Foods and Good Health," by Rodale Press.

"The green wave has arrived," Renée said over a wonderfully flavorful vegan lunch she created at her oceanfront home in South Maui. "It's such a hot media topic. A current affair. It's great not to have to reinvent the wheel."

Renée found this out on a recent media blitz to New York, Chicago and Los Angeles, where she went to promote her book.

"I started in L.A., posing for a cover shoot for the Experience Life magazine with a circulation of 500,000. They did a beautiful shoot at a six-acre farm in Malibu. It's nice to know there are farms near L.A."

In New York, coincidentally enough, she met with the producers of the "Martha Stewart" show. An episode featuring Renée is tentatively scheduled to air, date to be announced.

Renée says she was a little anxious as her "best friend in the world," Alicia Silverstone (the actress best known for her role in "Clueless), said she was a green Martha in one of the star-studded testimonials in the book.

"I was a little anxious as to how the producers would take that. But they loved it," she admitted. "They were very up to snuff about things eco-green. We were really on the same page. They've been planning to integrate more green components on their show. I would love to show them some of my tricks of the trade."

But for the really clueless, not the acting clueless, what IS green, anyway?

"Going 'green' is about sensible living in eco-balance," explains Renée. "It's a verdant way of living that does not mean forfeiting comfort and convenience, but simply choosing things that are better for us, better for our kids and better for the planet. Everybody wins.

"It's choosing food, cleaning products, energy and materials with consideration to the repercussive effects on our health, homes, precious land and water. Organic food and locally grown food, nontoxic and biodegradable cleaning products, renewable energy and sustainable materials are all part of the 'green' framework that will allow our future generations to flourish."

So green seems to be the topic du jour- and, if you are living a lifestyle that's anything but- then you're as politically incorrect as aerosal spray cans, GMOs and foie gras.

The Green Machine is also why she's recently been featured in Conde Nast Traveler magazine and was taped in New York City for an upcoming "CBS Early Morning Show."

"The response was fantastic," she says. "I'm so pleased. Going into these meetings, you never know what you'll be up against. What I discovered, is that green is now a household concept. It's no longer left-leaning, tree-hugging gorillas who are leading the charge."

Indeed. In this week's stories pouring into The Maui News over the AP Wire, there were features on everything from green burials to green fashion to green travel

The "tipping point," according to Renée, was an entirely green spring issue of Vanity Fair. "It's such a major, stylish and intelligent source and it rocked its readers."

In addition, Newsweek and Time have dedicated major space to things green. And Al Gore's latest book, "The Inconvenient Truth," "has sent ripples through the industry," she says.

But how did someone so young (age 30) grasp green would be so hot, so colorful, and be able to justly articulate it into a book?

"I'm a research hound. I'm like a night owl. I genuinely enjoy doing research and understanding how things work," she said, between bites of her fabulous Andalusian gazpacho with avocado sorbet, and chopped summer farm salad with browned tempeh, both from recipes found in her book. "I like to put it all together, make it conceptual so that it's user-friendly."

Renée has been in the thick of things green for years and as her biography says, she has, "walked and worked in many circles."

She was first interviewed by the Dining Scene in this newspaper in the mid 1990s, when she was a partner in the Raw Experience restaurant in Paia. It was on the cutting-edge of raw, organic vegan fare in the country at the time.

In the story, titled "Rawsome," her restaurant partner Jeremy Safron said, "Renée is a master chef and food artist as well as a raw foods alchemist." Over the years, she's loosened her eating habits to now include cooked foods and a little wine but she is still generally vegan by nature.

In more recent years, Renée sold her interest in the eatery and consulted, taught and concentrated on writing full time. As her biography says, "Some celebrities and musicians caught on and demand for her skills grew with invitations to some outrageous places."

One such celeb is Woody Harrelson, and she's a contributor to his 2005 book, "How to Go Further - A Guide to Simple Organic Living with Woody Harrelson and Friends." She's also contributed to a pamphlet on GMOs.

"I had pretty good rounds in the Hollywood world and the political world," she says of her years consulting with private clients with a focus on green living and whole foods.

Then she met her future husband, a well-known Maui entertainment producer and restaurateur, whose name is Shep Gordon. Wait a minute, the guy who makes everyone else famous?

Yes, Shep was the guy who started the Hawaii Regional Cuisine movement in the islands and he has also been in cahoots with many celebs as their manager, promoter of products and just plain good friend.

But don't think Renée is tagging onto his laurels. Her book is awesome, a true resource guide to keep around the house, a veritable wealth of information on things green.

At the interview, Shep swung by the say "Hi" and the newlyweds seemed to be positively glowing. Renée later revealed they were married by the Dalai Lama in October.

"I had been around the Dalai Lama before, prior to meeting Shep," she says. "But his blessing our marriage was a moment to remember. An unexpected gift. The one thing I learned from His Holinessness is to have no expectations. It was beyond what I'd hoped."

In fact, the Dalai Lama is even in the book and offers a few words of wisdom, such as "Approach love and cooking with reckless abandon." It may not be green, but it's fun.

In "The Balanced Plate," Renée says the Dalai Lama "embodies happiness and compassion with such strength and sweetness. He holds so much with such a light heart and contagious giggle, even in the face of great challenge. May the world catch the wave."

"He's planning another trip to Maui next April to appear at the MACC (Maui Arts and Cultural Center) and the Maui Dharma Center," she said over green tea lemonade.