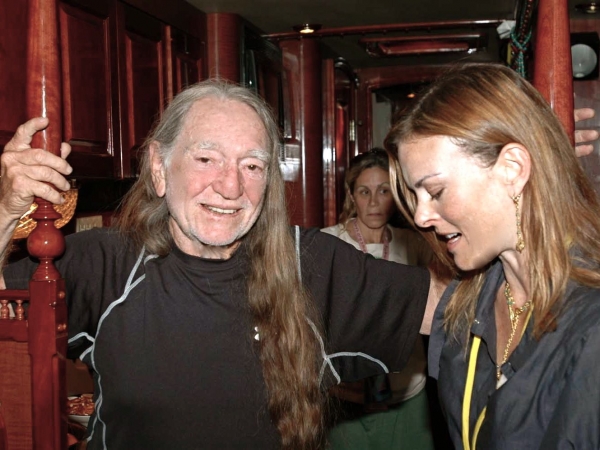 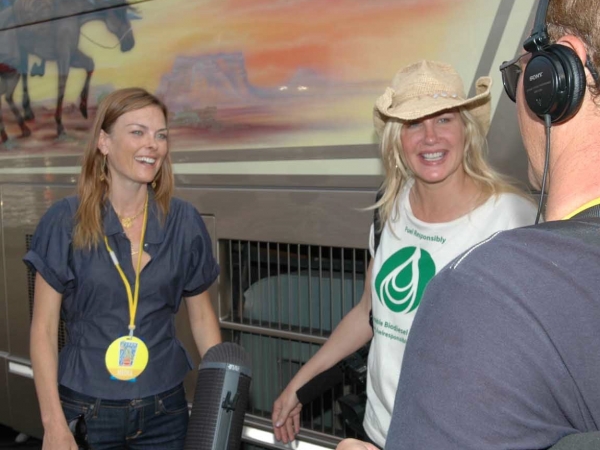 Renée Loux explores bio-diesel bio fuels with guests Willie Nelson, Daryl Hannah and green entrepreneurs in an episode of It's Easy Being Green.

When was the last time you fried something in oil? What did you do with the oil when you were done? Did you pour it down the trash, put it in a jar? How about pouring it into your car? That's right, some diesel engines are currently rolling down the highway on vegetable oil.

An over-simplified way of describing bio-diesel is that we're just kind of swapping alcohols around. In with the methanol, out with the glycerin, and that makes a product that's a drop-in replacement for diesel fuel. So, there's no need to go under the hood, there's no need to have a mechanic, you just fill up and then drive.

Lyle Estill and Leif Forer are two of the co-founders of Piedmont Biofuels, a North Carolina-based company that's been promoting and selling bio-diesel fuel made from vegetable oil over the past few years. But, it wasn't that long ago that people hadn't even heard of the term bio-diesel.

"Five years ago, when I talked to someone on the street about bio-diesel, 9 out of 10 had never even heard of it," explains Leif Forer. "Today, it's completely the opposite. It's rare to find someone out there that has not heard of bio-diesel. So government, I think, played a role in getting bio-diesel into the vocabulary, I think celebrities have played a role in that by talking about it."

Along with companies like Piedmont Biofuels, celebrities have helped bring biodiesel into the public's consciousness. And one of the most visible celebrities has been Willie Nelson. His involvement goes way beyond face time in front of the camera and a few years ago, he started his own brand of bio-diesel, appropriately named Bio Willie.

Willie Nelson says, "We have 100 percent, I think, right now or at least a big percentageo f bio-diesel soybeans. And all the buses and trucks we travel in [on tour], and there are a lot of other guys [musicians] that are doing it. Not only do truckers and drivers tell us they get better gas mileage, their motors run cleaner, and it's naturally better for the environment."

Daryl Hannah, actress, says, "Anything to get us off the fossil fuel dependency that we have. It's like a bad drug addiction. I've been running for about the last 7 years on bio-diesel.